In this Idle game, you have to build large domino constructions with the help of small robots that will come and place the dominoes one by one.

You have on the right side of the screen a small box that produces infinite dominoes and on the left side the place where the domino construction will be located.

There are two ways to earn bolts:

You can improve 4 statistics in the game: 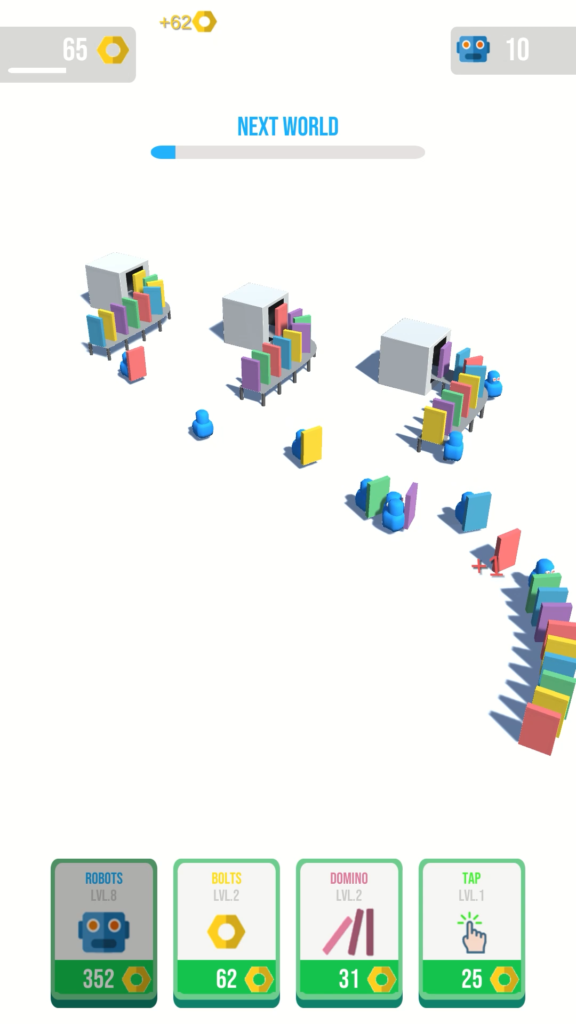 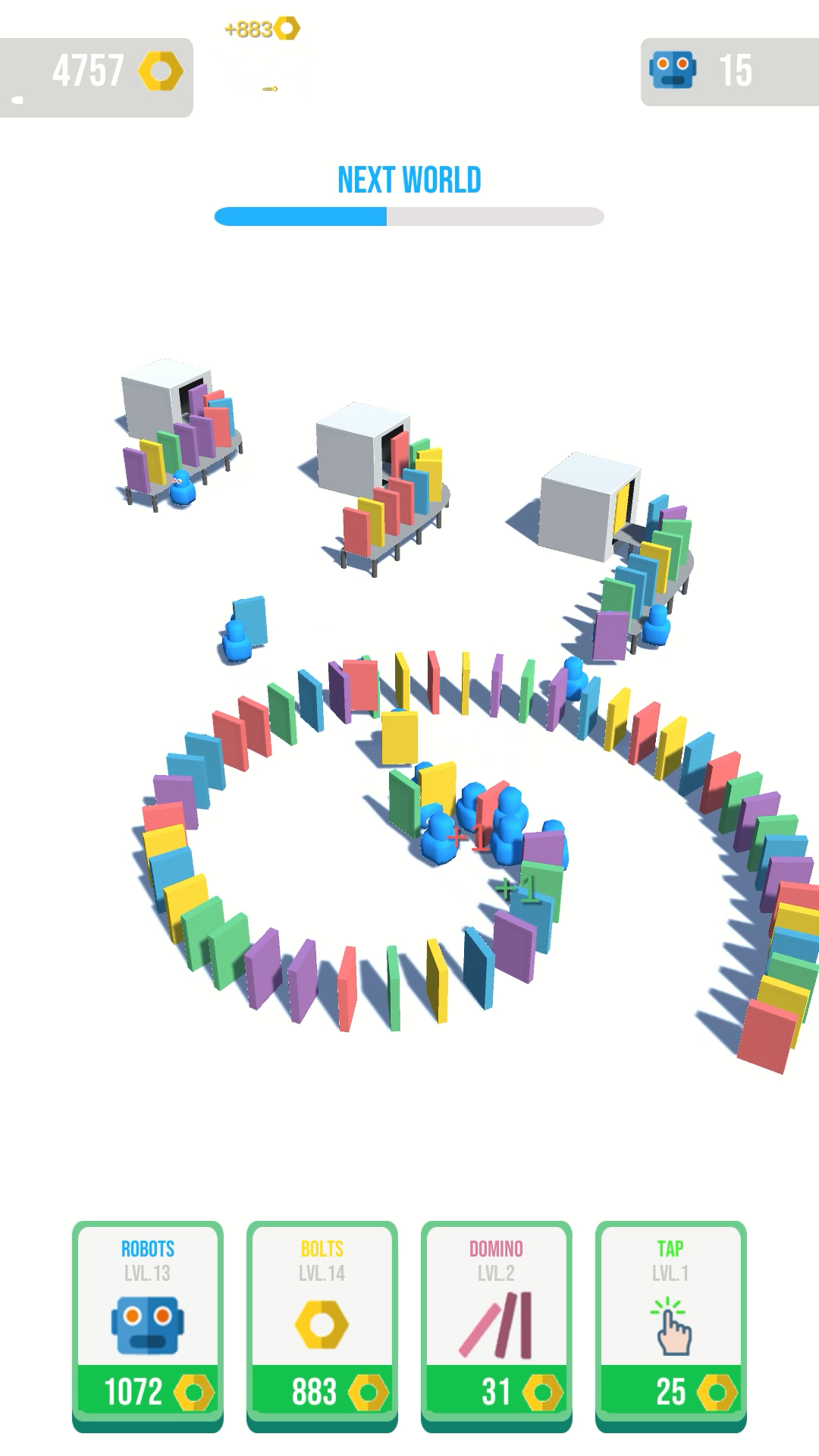 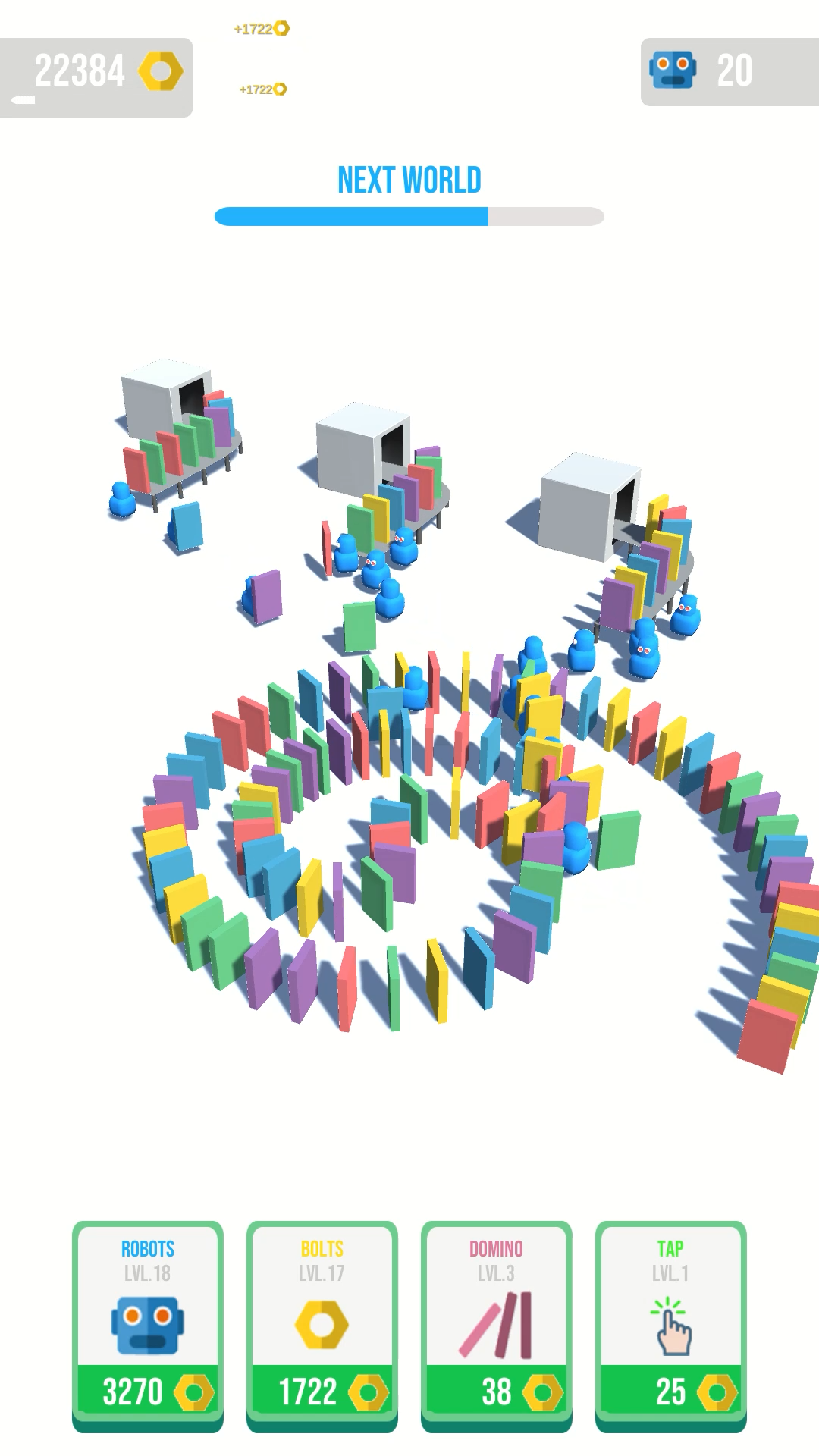 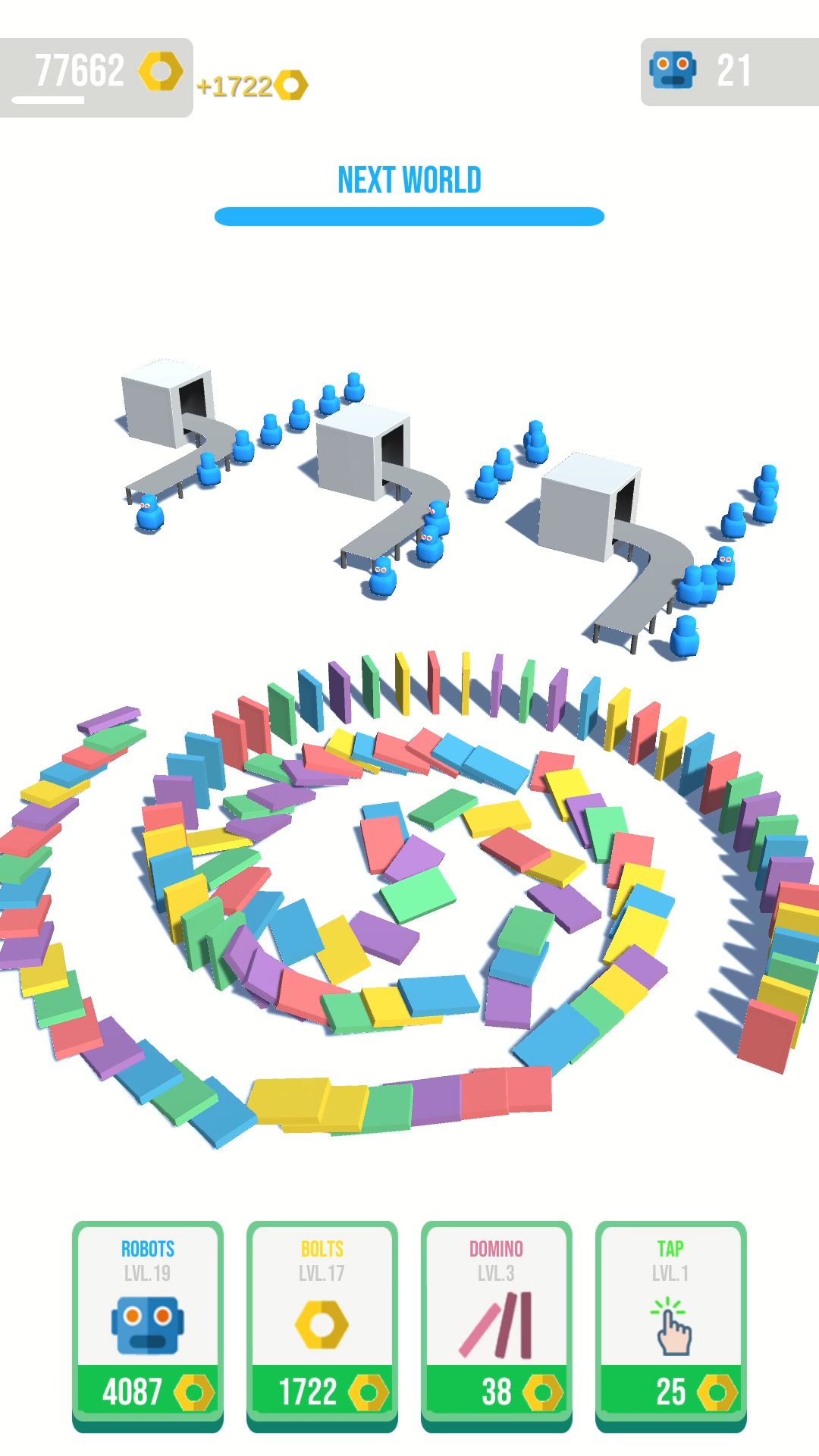